Not A Typical Summer

When we think of summer here at McDonald’s Studio, images of bright blue skies, bonfires, fishing on one of Minnesota’s many great lakes and rivers, parades,  State Fair and so much more. This summer though, things didn’t  go according to that plan thanks to COVID-19.  The State Fair halted, bonfires became smaller, parades were watched from inside homes and we even had a state-wide shutdown. And the changes of the year have only continued as we’ve gone on and as the holiday season approaches, we’re looking at having to change our traditions to fit this unique time. The ones we can observe though, we will and McDonald’s Studios is no exception. In our tradition, here’s the Top Ten Senior Portraits from 2020! 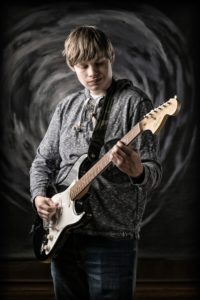 Starting our list is Mr. Derik Dreier! While this Watertown senior highlighted his love of sports during his session, he also wanted to share his love of music. Dreier, brought his guitar along and played a bit for us! It made for both a cool shoot and some great music! 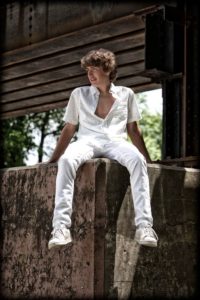 Next on our list is Frank Brand; the Buffalo senior made a large jump to reach this ledge which resulted in this dramatic photo. And even more impressive than his jumping skills was this: Frank didn’t get one spot of dirt on his all-white outfit! Between these two things, Mr. Brand takes number nine on our list! 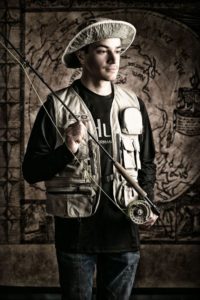 What’s more Minnesotan than fishing? The answer: tater tot hotdish but that’s not important! Our number eight winner, Delano senior Alex Aren wanted to show off his love of fly-fishing and brought in all his gear in order to do so. While we had quite a few shots of this, the intense lighting made for a unique look that earned a slot here on this list. 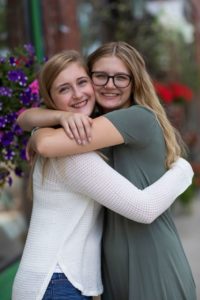 For the second year in a row we have a set of fraternal twins on our list of top senior photos! Sara and Kate of Hanover Minnesota took numerous photos together and apart during the course of their shared session. However, this one snagged a spot on our list due to their heartfelt embrace and big smiles! 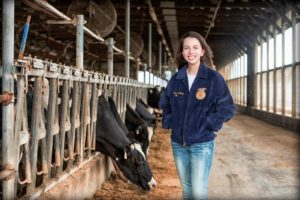 Of course, sports aren’t for every senior that crosses our door. In the case of Howard Lake native, Audri Bakeburg her niche was found in  FFA. Joe created this photograph on Audri’s family farm where we see her rocking her FFA jacket as she posed with the animals she works with most often: dairy cows! However, we have to say the most stunning part of this picture was Audri’s smile. Can someone say Brooke Sheilds lookalike? 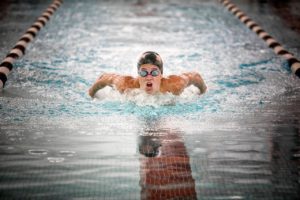 And now to our number five slot we have Colby Kern who reminded us of one of our favorite things about summer: staying cool in the pool! Here, the Delano Senior and Swim Team Captain showed off his butterfly stroke for the camera for an action-packed photo! We’re glad to report no photographers were splashed in the making of this photo. 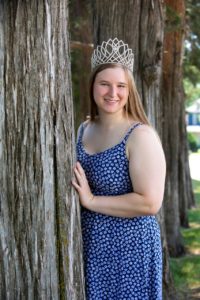 Coming up next, we have Miss Mikayla Neaton. This senior decided to highlight the work she does as a Watertown Ambassador. How? She grabbed her crown and rocked it! Keep your head up high Miss Ambassador and take our number four slot! 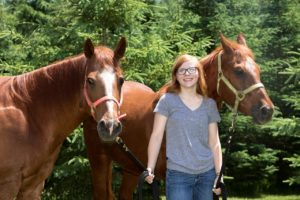 Next up, we have another animal lover: Whitney Betchold! Here, this Buffalo student posed with her two horses, (yes, two!) and had such a beautiful smile that she earned the number five slot on our list. 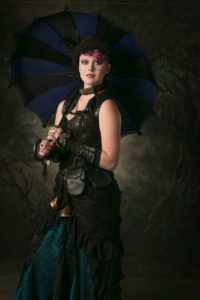 It’s a common fact that many people find fashion to be a creative outlet to help them express their interests and personality. Our number two entry on our top Ten List, Ms. Maggie Schaffer did just that as she brought in her Renaissance Fair outfit to her senior shoot! From the steampunk goggles, classy top hat and umbrella, she had one of the most unique outfit choices we’d seen this year and so, takes a well-earned spot on our list! 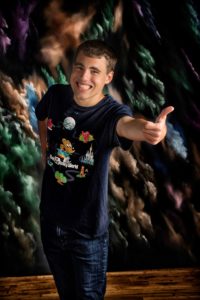 Finally, we have our number one pick: Delano senior Sam Schuler! This young man had  a great many photos worthy of our list but we settled on this one. We felt it encapsulated the wonderful things about Sam that we got to see during his session including his infectious smile, sense of humor and a passion for all things Disney!