The Evolution of Photography 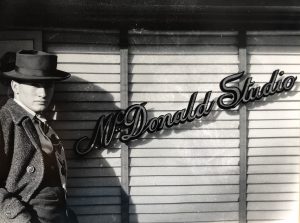 KJ outside the original McDonald Studio in 1956

When KJ was starting to build his studio, photographs were developed from negatives; images on a strip or sheet of transparent plastic film. As the darkest parts of the photo appeared the lightest and vice versa these images were called “negatives”.  To switch it around, KJ had to make a “positive” of the image by projecting it onto a piece of paper with either a photographic enlarger or by way of a contact print. He was aided in this endeavor by his lovely wife Barbara. 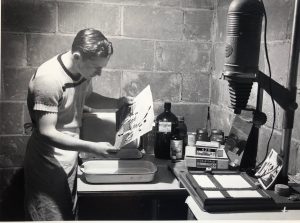 KJ developing a photograph in 1949. 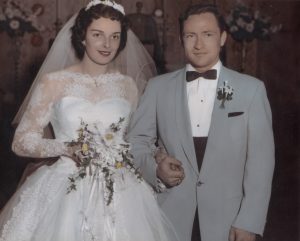 KJ and Barbara ‘Barb’ McDonald on their wedding day in 1958.

Over the years of developing his craft photography changed again, going from negatives to film strips and then to video. KJ mastered all of them. Eventually, he passed on his vast knowledge to his son. Like his father before him, Joe had a passion for capturing precious memories on film and this lead him to opening his own studio at the young age of twenty-two.

The Story Continues in 1988 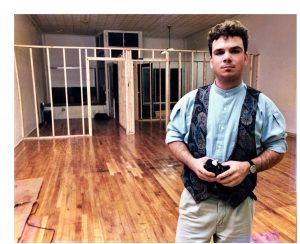 By the time Joe got his start in 1988, film cannisters were the new normal for photography and like his father, Joe developed and printed his images and used a darkroom to do so. However, the industry changed again in the early 2000s and digital began to take over as the age of computers ushered in a new era. As a result, he had to learn to use the computer to get his images looking just right. Later, he met and married his wife Rachel who used her expertise in graphic design to help him perfect his craft. Eventually, their boys began hanging around the studio as their family expanded. 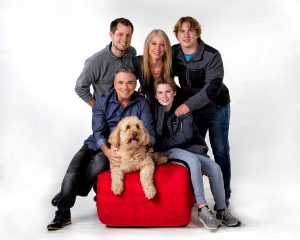 Eventually, the commitment and passion Joe brought to his craft earned him a Master’s degree in photography as well as numerous awards and recognitions. Some of these include an award from Kodak for “Photographic Excellence” in 1999 and that same year he won Court of Honor from the Minnesota Professional Photographer Association. Joe went onto win that honor again in 2007, 2009 and 2010. That same year the Professional Photographers of American awarded Joe “Photographer of the Year”. His most recent accolade was  “Best Photographer” for the Herald Journals’ Best of Delano 2018 piece. However, Joe maintains that the best titles he’s been given are “Dad” and “Rachel’s husband” respectively.

So, it’s safe to say that while photography has changed a great deal over the last few decades, the commitment of McDonald’s Studio to provide quality work and immortalized memories for our clients has never wavered once since 1956. 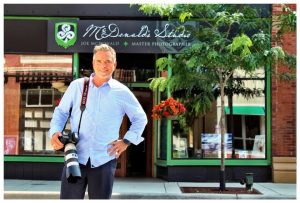